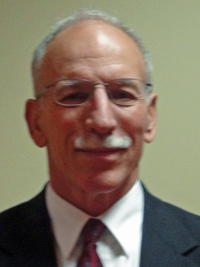 Don is a 1961 graduate of Brandywine High School. After serving in the US Navy, he entered college at the age of 22. He attended West Chester State where he captained the track team his last two years, the Golden Era of West Chester track and field.

Don was undefeated in the 440 hurdles and ran a leg on the school’s record setting mile relay team. His team finished second in the NCAA Regional Division II Championships in ‘69 where he placed second in the intermediate hurdles. He is still second on the all-time performance list at West Chester.

Don went on to coach at Concord and Brandywine High Schools. While at Concord, his girls’ teams won three state championships (76, 77, and 82) and six BHC titles. Under Don’s tutelage, two future Olympic and Hall of Fame members, Terri Dendy and Vicki Huber Rudawsky, and a future two-time National Champion and Hall of Fame member, Mary Schilly Kniesly, were nurtured and developed. The 1982 team was one of the best ever assembled which included Dendy, Huber, and Melissa Grubb. This team finished first or second in fifteen out of eighteen events at the state meet. At Brandywine, his teams place second in the state meet four times and won five BHC titles. 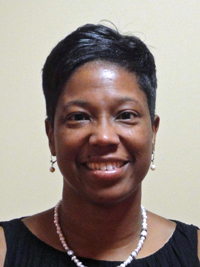 Shayla attended the University of Illinois on a track and field scholarship. Shayla went on to win Big 10 indoor and outdoor medals in the 400, 600, 800 and 4x400m relay on conference championship teams at the University of Illinois. She was also a member of the Illini’s 1990 4x400m relay team that set an American collegiate indoor record. Currently Shayla resides in Bear, Delaware with her 7 year old princess, Nina Gosa. She is an active member of Delta Sigma Theta Sorority, Inc. (Wilmington DE Alumnae Chap¬ter) and Spirit Life Ministries International. Still an avid track and field fan, Shayla attends as many Delaware track and field events as possible and Penn Relays with her father, Josh Baine, every year. Now a senior program manager at JPMorgan Chase, Shayla attributes her career accomplishments and work ethic to GOD, her upbringing and participa¬tion in club and college athletics. 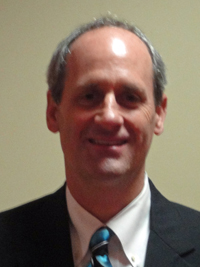 He continued his career at the University of Delaware where he was a four-year letter winner in indoor and outdoor track & field, graduating in 1980.

He consistently placed in large invitational meets and the ECC conference meets as well as qualifying for a number of IC4A championships. During his college career (1976-1980), the UD outdoor track & field team won the ECC Team Championship all four years. He was named a co-captain his senior year with Eddie McCreary. 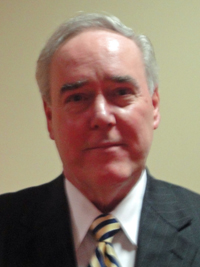 Keith actively participated in Track and Field and Cross Country for 10 years starting in 1964. He ran for Mount Pleasant starting in Junior High through his senior year, and was elected Captain of the team. While in high school he won the 880 and 440 yard runs at both the County and State levels, and set the State 880 record at 1:55.4 his junior year. At his graduation in 1970, he was selected as the “Most Valuable Athlete” by the Boosters Association. In July of 1970, Keith entered the United States Military Academy at West Point having received both a Congressional and athletic appointment. During his four years at West Point he ran Cross Country, Indoor and Outdoor Track. In his sophomore year he became the lead Academy runner in the 1,000 yard run indoor and the 800 meter outdoor.

During his time at West Point, Keith competed against some of the best runners in the country from track powerhouses such as Navy, Penn State, Notre Dame, Penn, Villanova, Cornell, St. Johns, Georgetown, Princeton, Harvard and Yale, just to name a few. He also participated in the large invitational meets such as the Penn Relays, Drake Relays, Quantico Relays, Heptagonal Invitational and IC4A and NCAA Championships. He finished second in the Heptagonals 880 yard run in 1973, and won the event in 1974.One of his proudest achievements was setting the Army – Navy record in the 880 at 1:50.4 while leading his West Point team in three events to upset Navy in his final collegiate meet in 1974. After graduation from the Academy, Keith was invited to join the US Army Track Team, however, he declined this offer and became an infantry officer and served in the US, Europe and Korea. He left the Army in 1979 and joined Mobil Oil (now ExxonMobil) and rose to be a senior manager in their international division. He retired in 2007 and continues to reside in Fairfax, Virginia with his wife Courtney. He and Courtney have a 23 year old daughter that also lives in the Fairfax area.