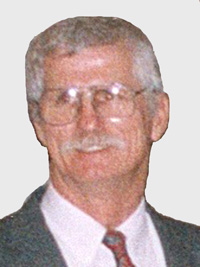 At his peak, one of the world’s greatest javelin throwers, he swept the NCAA, AAU, and USTFF titles in 1970 and was named both College Field and Delaware Athlete of the Year. He threw 291 and 278 feet to beat the German and Russian athletes respectively in European appearances while serving as captain of our National Track & Field Team. Bill also was captain of the men’s track & field team at the 1971 Pan-American games in Cali, Columbia. Skinner was a four time All-American and won five National Championships.

Bill accepted a track scholarship to the University of Tennessee at the age of 29, where he graduated with honors in 1971. Bill was once ranked by Track & Field News in the top five in the world. He was inducted into the Delaware Sports Hall of Fame in 1981. 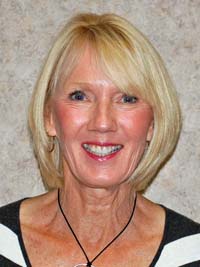 Recognized as one of the top women hurdles of her time, Carol was nationally ranked for over a decade. When she began there was no high school track for girls in Delaware, and she represented Delaware Track & Field Club and the University of Delaware until her retirement in 1978. As an age group competitor she was a National AAU 60 yard hurdles champion.

Carol was the 1976 National Collegiate and USTFF champion at 100 meter hurdles, the Word Record holder at 60 yard hurdles, and the American record holder at both 50 meter and 60 meter hurdles indoors. Thompson was awarded All-American status by the AIAW (women’s NCAA), the USTFF and the AAU in 1976-1977, and was ranked second in the word in 1977 by Track & Field News in the 50 meter hurdles.

She competed as a member of the USA National Team many times against the USSR, Germany, Canada and other national teams. She placed in the top six at the AAU National Championships 11 times. Carol became the University of Florida’s woman’s head coach and later coached at Drake, Rutgers and East Carolina Universities as well as the South and East teams at the U.S. Olympic Sports Festival. 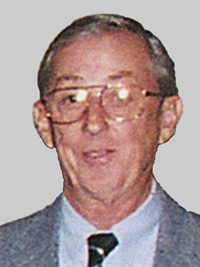 A USA National Team coach several times in the 1970’s and 1980’s, Bill was head coach for the American teams vs. Russia, Canada and Mexico and an assistant coach for our USA National Teams vs. the USSR, Germany, Italy, Pan Africa, China, Japan and many of the Eastern European national teams. He also headed the East team at the 1979 U.S. Olympic Sports Festival.

During the 15 years that Bill coached for Delaware Sports Club he worked with five American Record holders, one World Record holder, three Olympians, eight junior and senior National AAU champions as well as three NCAA champions. Thompson was the National Coach for women’s hurdles for six years ending in 1980.

As an official Bill has served as a referee and seeding chairman for our Indoor National Championships for 17 years, has been the referee at the Penn Relays for 25 years and is the High School referee, as well as referee for the women’s NCAA indoor championships twice. He has been a certified master referee and clerk-of-course for nearly 20 years and has officiated Delaware High School and Collegiate meets for over a quarter of a century. Bill is a member of the DSSAA State Track Committee and served as Delaware’s high school rules interpreter. 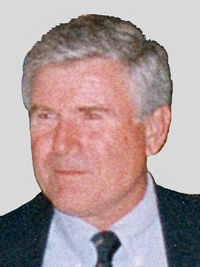 Victor was probably the first track man from Delaware to make an Olympic Team (1964). Zwolak pulled off a difficult double in the 1964 IC4A championships by winning the 3-mile in meet record time and returning 33 minutes later to win the 3000 meter steeplechase while running for Jumbo Elliott’s Villanova team. While competing for Villanova Vic won the IC4A Cross Country Championship in both 1963 and 1964.

Zwolak was the NCAA Cross Country Champion in 1963. Vic won four gold watches at the Penn Relays while winning the steeplechase, and running on the Championship of American four mile relay, distance medley relay and the two mile relay teams. At Salesianum Vic set a state schoolboy mile record that stood for many years thereafter.

Zwolak was inducted into the Delaware Sports Hall of Fame in 1976, and was Delaware’s co-athlete of the Year in 1963 and won the same honor alone in 1964.