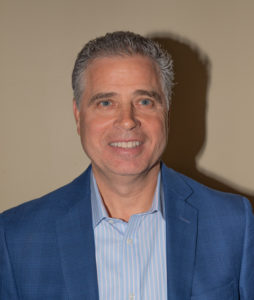 John attended Archmere Academy, where he earned 4 Track & Field letters as a runner and pole vaulter. He established a school record, which still stands, of 4:16.8 in the 1500 M at the 1976 New Castle County T&F Championships. That year he ran anchor on the school’s record-setting team in the Two-Mile Relay. Also, in 1976, John was the State of Delaware Junior Olympic Champion in the Mile run and was named to the Coach & Athlete Prep Track & Field Athlete of the Year team. As a junior, John won 9 of 10 dual meets. He was runner-up in the New Castle County XC Championships in 1975, 1976, and earned the bronze medal at the 1975 State XC Championships. He was named to All Catholic teams in 1975 through 1977. John was inducted into the Archmere Academy Sports Hall of Fame in 2005.

John continued his running career at the University of Delaware, where he earned six varsity letters in track and cross country. He was ranked among the Top 10 UD Cross Country performances at Sunken Meadow (NY) State Park and the Top 20 at Belmont Plateau, Philadelphia. He qualified for the 1980 NCAA Men’s Regional Cross-Country Championships. In 1978, John was the New Castle County Open Cross-Country Champion. In Track & Field, he ran the third fastest freshman 3,000 M Steeplechase ever in UD history, graduating among the Top 10 in university history. He was also a member of the school record-setting 4 x 1500-meter relay team. He was part of three consecutive East Coast Conference T&F Outdoor Championship teams.

After graduating from UD, John won many road races while representing the Pike Creek Valley Running Club. However, his greatest accomplishments include being the top Delaware finisher at the 1981 NYC Marathon and again at the 1983 and 1985 Boston Marathons. He set his PR at the 1984 Philadelphia Marathon with a time of 2:30, still among the Top 10 fastest by a Delawarean, ranking John as the 353rd fastest in the United States- just short of the qualifying standard for invitation to the 1984 Men’s Marathon Olympic Trials. In 1985, John ran one of the top five fastest 10,000 M times ever run by a Delawarean at 31:31.