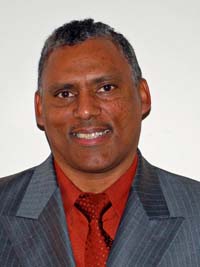 This 1967 graduate of A.I. DuPont High School competed mostly in the 100, 220 and high jump. In his senior year, he anchored the State Indoor Champion Mile Relay team and placed 4th in the 220 at the Outdoor State meet. After graduation he competed for Butler University where in most meets he participated in 6 events – 100, 200, high Jump,4 x 100 relay, long jump and triple jump. He qualified three times for the NCAA Championships, placing fifth in the long jump at the 1970 indoor championships.

He was inducted into the Butler University Athletic Hall of Fame in 2000.