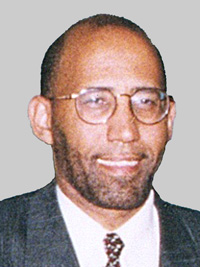 The greatest distance runner in Delaware State University history and certainly one of the best ever from Delaware. At DSU, Mike is the school record holder for every distance over 880 yards. Representing the Hornets, he holds school records for the mile (4:06.9), two mile, three mile (13:54.9) and six mile (29:29.0).

He was named Delaware State College “Athlete of the Year” in 1972, 1973, and 1974. He was the first Delaware State runner to compete in the NAIA National Championship (cross country). As a collegian, Mike won numerous cross country and track competitions and was named the “Most Outstanding Athlete” in the South Carolina State University Relays in 1972, 1973, and 1974. Mike was also the “Most Outstanding Athlete” in the Norfolk State Relays in 1974