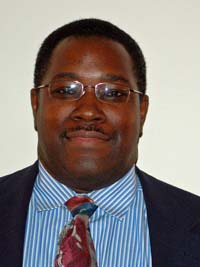 A 1976 graduate of Tower Hill, Ken was a state meet triple winner three times, winning in seven different events (100m, 200m, HH, IH, LH, LJ, TJ) in a period when there was a three event limit. Ken, at one time, held state records in the high hurdles and triple jump, and still holds the 180yd. low hurdle record. He set three records at the New Castle county meet in 1976.

At the University of Pennsylvania, he went on to score seven times in the high hurdles in the Heptagonal Conference and three times in the IC4A competitions. He co-captained the 1981 team which won the indoor Heptagonal meet. Ken was able to accomplish all this in spite of suffering a serious ankle injury during the Blue-Gold Football Game.