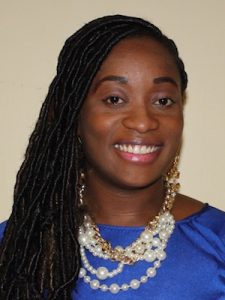 Kami’lah was an outstanding hurdler and sprinter at all levels. She won national championships as an age-group runner, was named the William A. Thomson Award winner as the Girls’ State MVP in 2002 and indoor 2003, and was a two-time All American in the indoor 200m as a Glasgow student-athlete. She earned 24 state titles and still holds the indoor state and meet record in the 200m.