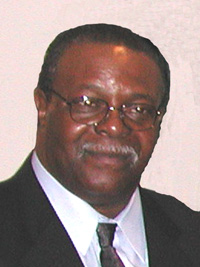 Arnold was a great sprinter who held the state 440yd dash for over 20 years. In 1967, his junior year at DeLaWarr, he won the 100yd dash in :09.8, the 220yd dash in :21.8 and the 440yd dash in :48.1. The first two were division records and the third was the state record. Arnold also won the 440yd Dash in :48.8 at the Meet of Champions in Philadelphia. Who knows what might have happened during his senior year had he not been sidelined with injuries.