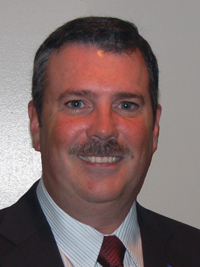 He set indoor school records in the 55m high hurdles and was the anchor leg of a record setting team for the indoor shuttle hurdle relay. This performance ranked the Blue Hen’s team as one of the fastest shuttle hurdle teams in the nation during the 1980 indoor season.

Outdoors, Brian broke and still holds the school record for the 110-meter high hurdles and was a member of the 400m-relay team which also set a school record in this event.

He went on to score championship points five times in high hurdle events in the East Coast Conference Championships and was ranked as one of the top hurdlers in the IC4A’s by qualifying six times for the IC4A’s Championships.

Brian earned 6 varsity letters while at the University of Delaware and helped to lead the Blue Hen’s to consecutive Conference Championships. In his senior year, he was named co-captain of the men’s indoor and outdoor track and field teams.