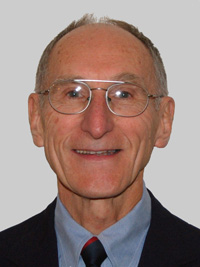 Jack began racewalking in 1992 at the age of 64. He picked up some pointers from Dave Romansky and since that time he hasn’t looked back. Starr has over forty age group National Championships, in addition to his numerous regional and club championships. Jack holds eleven national records, one of which was also a world masters record. In 1996, he won a silver medal in the Veterans Championship 30K behind a world record setter.

He is also currently a nominee for the National USATF Masters Hall of Fame.