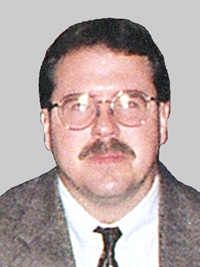 Greg was the preeminent high school weight thrower of his time, winning the state championship, both indoor & outdoor, for Woodbridge High in the shot put three times with a best of 60′ 8″ set in 1979. Greg established a new state record in his junior year and reestablished it several times. Greg was credited by Track & Field News with the nation’s best schoolboy throw indoors for several weeks in 1979. Greg also won the state title three times in the discus and had a PR in that event of 188′ 8″ which stood as the state record for several years until Terry Thomas came along. As a high school senior, Greg won the Penn Relays in the shot put.

Greg was awarded a full scholarship to the University of Maryland and while competing was the Atlantic Coast Conference champion in the shot put and won the Penn Relays Collegiate division in both the shot and discus in 1983. Greg had PR’s of 60′ 10¾” in the shot put and 170′ 1″ in the discus during his collegiate career.