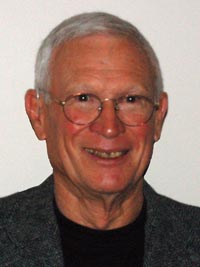 Bill was a Newark High School graduate and went on to be an outstanding middle distance runner at the University of Delaware in the 50’s. He set two course records in Cross Country at Delaware and finished 11th as a junior and 4th as a senior at the MAC Championships.

He set Delaware Track & Field records in both the 880yd run in 1:53.9 and the mile run in 4:18.6. In 1954, he ran his 1:53.9 in his heat of the NCAA Championships, faster than either of the other two heat winners, but fourth in his heat behind Olympian Tom Courtney, failing to qualify for the final. In the MAC, Bill won the mile title in his senior year, adding a second place in the 880yd run.

He captained both the Cross Country and Track & Field teams at Delaware. He was acclaimed the Outstanding Senior Athlete at UD in 1954. In the summer of 1954, he was on a team that won the medley relay at the National AAU Outdoor Championships.