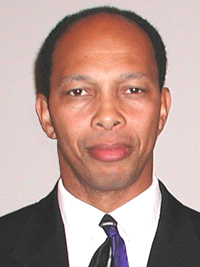 As a high school senior at Dover Air High School, Guy jumped into second place at the prestigious Penn Relays high school high jumping championship with a leap of 6’10¾” in 1976. He was the state champion in that event in both 1975 and 1976 and still is listed as the second best Delaware high school high jumper ever. His Penn Relay jump was, at that time, better than the state record. But, it was not ratified because an application for a new record was not submitted.

Guy competed for the University of Delaware for three years while also playing free safety on the UD Divisional II Championship football team. He placed third in the Penn Relays at 7’ 1¾” in 1978 and is still listed second on both the indoor and outdoor University all-time lists.