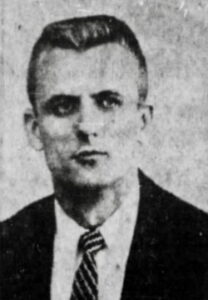 A nationally prominent javelin thrower, he was the first Delawarean to finish second in an IC4A event, in 1955. He was a high-level achiever in four field events.

He high-jumped 6-2 at the 1952 State Open to set a meet record that stood until it was broken by Chris Dunn in 1968.
While attending La Salle College he threw the javelin 192-5 at the IC4A championship meet in 1955, to finish second to teammate Al Cantello (named the best American javelin thrower ever by Sport magazine in 1962).

He became the first Delaware performer to finish as high as second in the meet, begun in 1876.