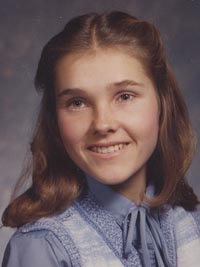 Kim started her running career at John Dickinson High School. On the track team at Dickinson, Kim was the Individual State Champion in the 3000m event in 1981. She ran with the boys on their cross country team because there were no girls’ XC teams at the time.

She continued to run while attending the University of Delaware. Kim won five East Coast Conference individual titles during her career and had (3) top three finishes at the ECC Cross Country Championships, winning the ECC Cross Country title in 1982. She is one of only two UD runners to compete at the NCAA Cross Country Championships (placed 78th in 1984). Kim was the 1983 ECC outdoor championship Most Outstanding Performer when she won the 5,000m and 10,000m races. She won the ECC indoor three-mile run and distance medley relay in 1985 and was the 1985 ECC Scholar-Athlete of the Year for cross country.

During her career, she led Delaware to four ECC track and field titles and set the UD record in the indoor 3-mile run and 5,000m run.