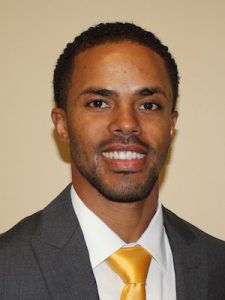 Kai has proven himself to be one of the best jumpers in Delaware history. The Cape Henlopen athlete broke 24′ several times during his high school career. Kai won the 1997 state long jump in 1997 and 1998.

In a matter of months, he won the East Coast Championship (Bethesda, MD), AAU Junior National Championship (Charlotte, NC), and the National Scholastic Outdoor Championships (NC State University) after his junior year, ranking as one of the top long jumpers in the country according to Track & Field News.

Maull returned to Delaware as a coach at Cape Henlopen and currently at St. Georges Tech. He has coached 5 individual state champions and three championship relay teams.