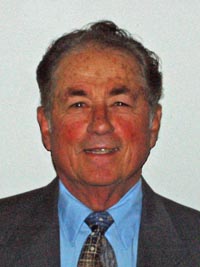 Dante only participated in cross country and track & field for one year at Salesianum High School. But, those experiences catapulted him into an outstanding distance running career.

By the time he had finished at the University of Delaware, he had set two course records in cross country, leading the University cross country team to undefeated seasons in 1954 and 1955. He was a multiple school record holder in both cross country and track & field. Dante was an outstanding leader and captained both sports at the University in 1955 and 1956. He also proved himself further by winning the inaugural and the second State Open Cross Country titles.

He continues to give to his sport and stays involved in track & field as an assistant high school coach to this day.