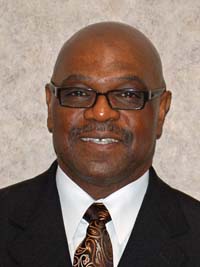 Art started the Wilmington Track Club in 1978 to help his daughter improve her performances. She became an outstanding athlete and earned a full scholarship to Temple. He has continued to work with hundreds of athletes develop to their fullest potential, mentoring outstanding individuals. He has coached at Sanford, Howard, and Glasgow with great success, coaching eleven indoor state track & field championships (eight girls’ and three boys’) and five outdoor championships (four girls’ and one boys’). He has been named the Coach of the Year six times for indoor track & field and two times for outdoor track & field. Art was the coach of Terri Dendy when she made the Olympic Team in 1988. Terri and a number of others have gone on to successful coaching careers, using principals learned from Coach Madric.