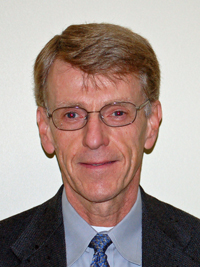 Bill was an outstanding thrower at Mount Pleasant, winning the Delaware state high school shot put championship in 1967 and 1968. His 58’6” in 1968 set the state high school record. Track and Field News listed a 58 footer of his in March of 1968 as fourth best school boy throw in the nation. He was happy to contribute to New Castle County and Delaware State Meet Team victories for Mount Pleasant.

At the University of Maryland, he was the indoor and outdoor ACC champion in the shot put in 1972 and 1973 with a best throw of 58’0”. At UMD, he was happy to contribute to Conference victories for the team; which became part of an extraordinary run of 24 consecutive ACC Team championships for the Terps. Bill also helped out with the discus, with a 161-9 high school best and a collegiate toss in the 140’s. Bill attributes any and all of his track and field accomplishments to the dedication and patience of Rod Lambert and Bill Crowther.