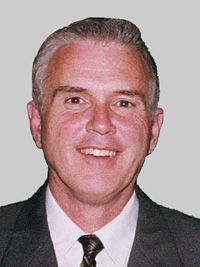 Rod had an illustrious career both as an athlete and as Padua’s winningest coach. As a Mount Pleasant high schoolboy Lambert was the state record holder in the 100 yards in 9.5 and the 220 yards 21.0 both set in 1960. He was the State High School sprint champion three times and the National Junior AAU champion at 100 yards, run in the record time of 9.6, in 1961. Rod’s running achievements include an indoor 60 yard dash of 6.1, then 0.1 second off the word record.

At Padua, where he coached for 10 years, the Pandas won an amazing 20 State Team Champions in cross country, indoor track and outdoor track. Over 50 young women that were Padua athletes during Rod’s tenure won state individual titles or were members of winning relay teams at the state meets.

Rod is the state track and cross country historian, and is in charge of the track honor roll published weekly in the paper during the season. Lambert was honored 12 times as Delaware High School Coach of the Year in cross country and track.