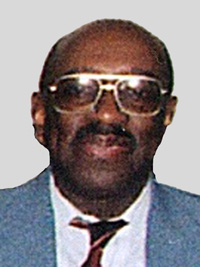 King was remembered by his coach George Johnson at Howard as “the most versatile high school runner in the state” because he ran everything from 100 yard dash to the two mile run, and also hurdled and long jump, all with grace, gift and ability. Bob was the State Cross Country Champion for two years and broke Vic Zwolak’s record while winning that title in 1957, in what was then termed the “race of the decade”, against a formidable Mt. Pleasant runner. Bob was State Champion in the 180 low hurdles and the 880 yard run, as well as a member of the winning mile relay team. His relay team also won at the Penn Relays in class mile sections in both 1958 and 1959, and placed 5th in the 4 x 880 yard Championship of America race at the Penn in 1959.

While running for a fine Morgan State University team, Bob’s mile relay won the Millrose Games, and the Washington Star meet for two straight years, and the Boston Garden Meet and again Millrose in his senior year when he was team captain. In 1962 his Morgan mile relay team won the Indoor National AAU Championship contested at Madison Square Garden, and they also won the college division 880 yard Championship at the Penn Relays in 1963.

As a coach, Bob King directed Howard High to five State H.S. Championships outdoors, and they won Indoors in 1982. His 1984 State Championship 1600 meter relay team set a State Record of 3:14.1 which stands today.