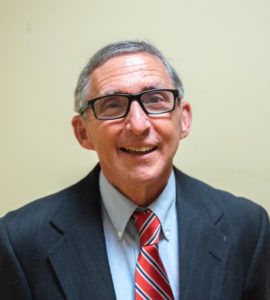 Upon Graduation from Mount Saint Mary’s College in 1973, he coached at Immaculate Heart of Mary School (1973-74), North East (MD) High School (1974-1979), St Thomas Aquinas High School (FL);(1979-1984) assisted as academic advisor and coach at The University of Kentucky while gaining a Master’s Degree in Sport Psychology (1984-1986); and assisted coaching sprinters and hurdlers at The University of Florida (1986-1988)In the following year, he worked with the Governor’s Council in sports and as a manager for the TAC National Championships of Track & Field in Tampa Florida ( 1988).

He returned to Delaware and coached Cross Country and Track and field at William Penn High School (1989-98), and assisted at the University of Delaware coaching sprinters, hurdlers and pole vaulters for the men’s and women’s teams (1997-1999).and at Wilmington Charter (2001—2009)

Upon retirement, he then took a position at Penn State Brandywine establishing a College Cross Country program for men and women and creating a XC course ON CAMPUS. He continued to voluntarily coach pole vaulters at the Charter School and men and women hurdlers at The University of Delaware (2009-2011).

From June 2006 to June 2016, Kevin Kelly had been the Chair of the DIAA State Track & Field Committee. As an official and student of the Pole Vault event, he has put on clinics for coaches and athletes around the state in conjunction with DIAA and officiated at championship events over the past 12 years to help keep the event alive.