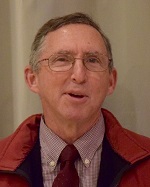 Kevin Kelly was elected to the Delaware Track and Field Hall Board of Governors in 2016 and continues to serve the organization.

Kevin is a graduate of Salesianum where he continued as a Cross Country and Track athlete and in his senior year he had the privilege to captain an indoor team that won the State championship meet. Kevin went on to Mount Saint Mary’s and as an athlete he played soccer, ran and officiate National Decathlon championships.

Kevin began his coaching career in 1974 as a Track & Field Coach and in 1984 became an assistant coach in Track & Field at the University of Florida in Gainesville. He worked with the Governor’s Council in sports and as a manager of the TAC National Championships in Track & Field.

Kevin returned to Delaware and coached Track & Field at William Penn High, was an assistant coach at the University of Delaware. In 1999 he started and coached the cross country program at Charter School of Wilmington until 2005 where he became the athletic director for the school.

In 2009 Kevin took a position with the Penn State University, Brandywine Campus in Media, PA. There he established a cross country program on campus and for the next four years coached both men’s and women’ programs. He also continues his coaching experience at the University of Delaware until 2011 when the program was discontinued.

In 2012 Kevin also came out of retirement in to become the Athletic Director at the Newark Charter School and in its first two years of existence as a high school – developing 22 sports; hiring new coaches, and seeing athletes gain necessary recognition for their sportsmanship and their academic success.

Kevin also has served as Chair of the DIAA State Track & Field committee from 2006 to 2016 and helped to create necessary changes with the cooperation of coaches and administrators around the State of Delaware.