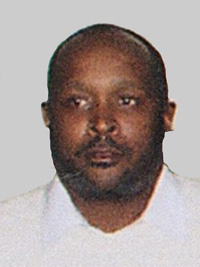 Emory was Delaware State College’s first track & field All-American. Earlier Howell led Cape Henlopen High School to prominence in the 1970’s and was a significant reason for Cape’s winning the first team State Championship by a down-state squad. Prior to Howell’s arrival down-state teams expected to lose to up-state schools. When Cape Henlopen, shown the way by Emory, stunned the northern schools by winning the State Championship in 1971, lower Delaware achieved track parity with the elite in Delaware high school track & field competition. As a school runner Howell was mainly a middle distance runner, but he ran everything from 100 yards to the two mile run, and never lost a race!

Emory was one of the first Delaware schoolboys to win the Meet of Champions at Penn’s Franklin Field, in a 1:57.7 880 yards, as well as the Philadelphia Track Classic in Philadelphia’s Convention Hall. Emory was a two time State Champion in the 880 running a 1:59.1 in 1970, and he anchored Cape’s winning mile relay team in 1971. It was said by his coach that Emory Howell always ran fast enough to win, no matter what the competition or how far the distance.