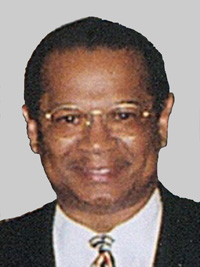 Henry had a celebrated career as a sprinter and as a high school coach. Spencer’s high school record peaked in 1962 when he anchored Howard High School to the only Championship of America win at the Penn Relays ever by a Delaware high school. Spencer won four (two individual) sprint titles in the Delaware State High School Championships and anchored three relay teams to state records, all of which lasted for 25 years or so.

Later Henry competed for Morgan State and ran on the relay team which won the 1964 Penn Relays Championship of America in the 4 x 200 relay. In 1963 Morgan’s sprint medley relay won the National AAU title, again with Spencer sparking the team. In 1965 Spencer won the Mid-Atlantic 200 meter title and was runner-up in the IC4A 200 meter dash.