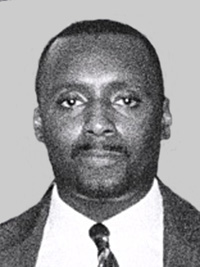 Unquestionably the finest half miler ever from Delaware. Bruce was unable to compete for his Dover High School team as a senior, but in 1984 he set a Delaware State record of 1:49.4 while winning the Meet of Champions at Penn’s Franklin Field as a high school junior. Bruce later won the TAC National Junior Championship and placed in the top five at the Keebler High School All-Star meet in Chicago at 800 meters. Bruce holds the State Championship Meet record of 1:51.9, also set during his junior year, and was a three time Division I 800 meter champion, and two time state title-holder at 1600 meters, Harris anchored the Dover High sprint medley team which was ranked by Track & Field News in the top ten in the country, with a time of 3:28.7.

Bruce competed for the great Villanova University team, and anchored the 4 x 800 relay team to victory at the Indoor NCAA Championships, for which he was named an All-American. He represented the USA as a member of the National Junior Team in 1986, and recorded a personal best of 1:47.2 at 800 meters.