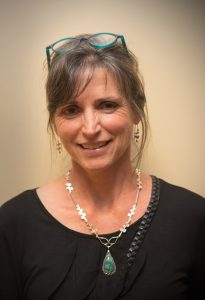 Melissa Grubb was one of Concord’s finest runners in its golden years of track and field. She was the “team leader” for three years when Concord went 25-0 winning three Blue Hen Conference titles, a New Castle County Championship and a State Championship in 1982, all under the coaching of Don Wood. She lost only one individual race in three years of competition. That race was the New Castle County Championship 800. She came back the following week at the State Meet to win the 800 in a state record time of 2:14.8. Thirty-five years ago was an era of no indoor track, and cross country for high school women was in its infancy.

Melissa played field hockey in the fall but would come to spring track with a solid training base having run with Joe McNichol in the winter months. Melissa garnered 5 individual New Castle County Championships as well as 6 Individual Outdoor State Championships – one in the 1500 meters; two in the 800 meters; two in the 1600 meters, and one in the 3200 meters. She also ran a leg on two first place 1600 relay teams. Up until 1988 competitors were limited to 3 events. In her junior year she ran the open 1500 meters at the Penn Relays, placing 6th. She came back moments later helping her teammates finish first in their heat in the 3200-meter relay. The following season, Concord’s 1600-meter relay team of Vicki Huber, Lisa Goehringer, Melissa Grubb and Terri Dendy qualified for the Penn Relays High School Championship of America final where they finished 5th in a then state record time, and achieved a national ranking in Track and Field News.

Melissa received a partial scholarship to run at Villanova University. There she competed in cross country and indoor track for the first time. She was consistently one of Villanova’s top 4 runners in cross country. In her sophomore year the Villanova cross country team had an undefeated season winning, the Big East Conference Championship, ECAC’s and the Paul Short Memorial, with Melissa finishing 7th, 16th and 12th overall respectively. Villanova also had its best finish as a team at the Division I National Championships (at that point in time), finishing 9th. Melissa credits years of playing tag at Brandywine State Creek Park with her success in cross country. On the track at Villanova, she moved up to the 5,000 and 10,000 meters, finishing 2nd in the 10K at the Big East Championships. While she loved to run, after her sophomore year, Melissa traded in her spikes for turf shoes and became a starter on the Villanova field hockey team in her junior and senior years. For 20 years, she ranked in the top 5 in the 800 and 1600 meters in the N5CTA all-time performer’s archives. Melissa still continues to run with her former Concord High School teammate Vicki Rudawsky, which she jokingly says may be in itself her biggest accomplishment!