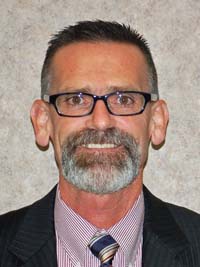 John was a two-time cross country state champion at Newark High School in 1970 and 1971, and was runner-up in 1969. Indoors, he won the mile state championship in 1971 and the two mile at the 1972 Philadelphia Track Coaches Association Meet of Champions. John was the three-time outdoor state champion in the two mile run, setting the state record in 1972 with a time of 9:21.8, which converts to a 9:18.3 (3200m), ranking him fifth on the all-time list, almost forty years later.

At William & Mary, he earned All-Southern Conference honors in cross country three times, set freshmen records in the steeplechase (9:02.3) and the 10,000m(30:28), and was two-time Va. State Intercollegiate steeplechase champion. He is a member of the William & Mary Athletics Hall of Fame as part of the 1973 cross country team which placed fourth at the NCAA Championship. He finished his college career at the University of Delaware, where he captained the cross country team, had all-time top ten performances in the steeplechase, three mile run, and 10,000m, and was awarded the ECAC student-athlete Medal of Merit in 1977. Notable post-college performances include 2 runner-up finishes in AAU 50 Km National Championships in 1980 and 1988.