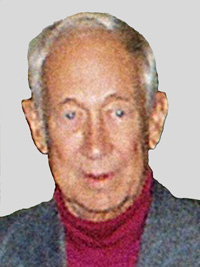 “Delaware’s fastest human” in 1936, Gerow was undefeated at 440 and 880 yards for seven years and in 1978, at age 59, still had the speed to set a Philadelphia Master’s Record for the 880 in 55-60 age group. He earned letters in soccer, basketball and track and field at the University of Delaware, captaining the basketball and track teams in his senior year.

Bill was an organizer and director of officials for the Delaware Track & Field Club (now Delaware Sports Club); he has officiated for over 30 years at the high school, college, state, regional and national levels including being the starter for the Liquori-Ryan “Dream Mile”. He was awarded the Roberson trophy by the Wilmington Touchdown Club, for which he served as secretary and president for 32 years, for his outstanding contributions to football. Gerow was inducted into the Delaware Sports Hall of Fame in 1994.