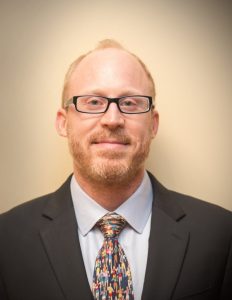 Eric was a six-time State Champion while competing for Salesianum from 1996-2000. He was the cross-country Division I State Champion in 1998 and 1999. He established a number of cross-country course state records: Bellevue State Park, 15:40 (1998), Brandywine Creek State Park, 16:39 (1998), and White Clay Creek State Park, 15:58 (1998). He was also track and field Division I State Champion in the 4×800, 1-mile and 2-mile races at various times throughout his high school career, and was a member of the state record-setting 4×800 and 4×1600 teams; finishing in times of 7:50 and 17:58, respectively. It is well known amongst his Salesian teammates that, as a sophomore, Eric once finished an entire 5k at a major cross-country invitational with only one shoe and still placed among the top 10 finishers.

Eric later competed for the United States Naval Academy where he was a member of the Division I cross-country and track and field teams. As a senior, Eric achieved CoSIDA Academic All-America Third Team for cross country/track as a senior. Some of his other achievements include being named cross-country team captain his senior year, finishing the 2002 Penn Relays 10,000 meter run in a time of 30:01.78 as a sophomore, and winning the Army-Navy cross-country race his junior year on the Naval Academy’s home course. Eric served as assistant cross-country and track and field coach, under Theresa Marini, for Padua Academy during the 2005-2006 school year.