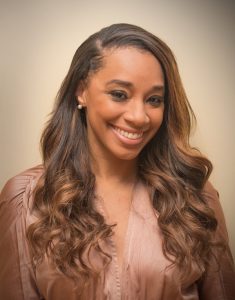 Alexandra is a highly accomplished all around Track and Field athlete. Prior to establishing the Track and Field program at Wilmington Friends School in the winter of her sophomore year, Alexandra competed in age group track with USA Track & Field, AAU Track & Field and Colgate Women’s Games in New York City. Alexandra was a 14-time All-American in the high jump, 100/400 hurdles, pentathlon and heptathlon, collectively. In the Colgate Women’s Games Alexandra was awarded the Jackie Joyner Kersey “Most Outstanding Performance” in Madison Square Gardens and continues to reign as the recorder holder for high jump in the Mid-School Division (8th grade). In her freshman year Alexandra won the high jump in the High School Division at Colgate Women’s Games. In the winter of 2004, Alexandra competed in her first DIAA Track and Field meet, beginning her Delaware High School track and field career, as a sophomore.

During the three years Alexandra competed indoor she was a 4-time All-state Selection – High Jump, 55 Hurdles and Shot Put. Alexandra was awarded Female Athlete of the Year in 2005. Alexandra holds the fastest time in the 60MH, 2nd fastest time in 55MH, and the third highest high jump. Alexandra is a 3-time All-American in the Nike Indoor Nationals in the pentathlon. During the two years Alexandra competed Outdoor Track and Field she was a 3-time New Castle County Champion and a 7-time State Champion and a 5-time Meet of Champion winner as well as a High School All-American in the Heptathlon. She still holds the second fastest time in the 100m hurdles and third highest mark in high jump.

Upon graduation from Wilmington Friends School, Alexandra earned a full athletic scholarship to the University of North Carolina at Chapel Hill to compete for the Tar Heels as a multi-event athlete on the Women’s Track and Field team. While at UNC, Alexandra was selected as captain her Junior and Senior years. Alexandra competed at every ACC Championship and scored in 7 of the 8 competitions. Alexandra was a two-time All-ACC athlete. Alexandra broke a more than 10-year old school record in the pentathlon, and her performance still stands as the second best of all time in UNC history. Alexandra placed second in the Heptathlon at the Penn Relays in 2010. Alexandra also was a 2010 NCAA National Championships qualifier.