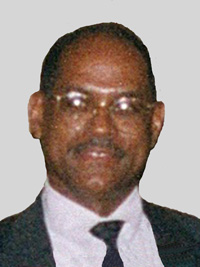 One of the fine athletes developed by Howard High School’s George Johnson. Dick won the Delaware High School Low Hurdles Championship and the New Castle County High Jump Championship in 1957, and then attended the University of Michigan.

Dick placed 6th in both the NCAA and AAU Championships in 1960, and went to the semi-finals of the 1960 Olympic Trials. He later became a member of the U.S. Military track team where he won a bronze medal in the 440 yard intermediate hurdles at the Military Olympics held in Brussels. He was also a member of the United States team that competed in Africa, where his 400 meter intermediate times were faster then the National Records of five of the six nations in which he competed.