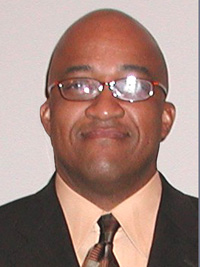 Robert was a truly outstanding runner at Delaware State. His long sprinting ability gave the Hornets many outstanding performances in the late 70’s while leading them to numerous titles. He was a two-time NAIA 600yd Champion, winning titles in 1976 and 1979. Robert anchored his mile relay to the Penn Relays college division championship in 1979. His sub 46 second speed made Delaware State the favorite in many relay competitions. He participated in the 1980 Olympic Trials.

Robert was a 1972 graduate of Bridgeton Senior High School, located in Bridgeton, NJ where he also lettered in Track and Field.