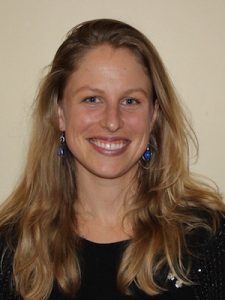 Anna was the first girl in Delaware to win the Division One Cross Country Championship three times, earning the George Johnson Award as the fastest runner at the State meet, and the state cross country MVP, the Bill Gerow Award, each three times. Upon graduation, she had course records on four courses (Bellevue, Brandywine, Killens, & White Clay). The 2006 Brandywine graduate won two 3200m at the Meet of Champions Meet and was the Division One 1600m Champion four times. Her personal bests were 2:18.99-800m, 4:57.19-1600m, and 10:57.91-3200m, the last two ranking in the state’s all-time lists.

She ran at William & Mary, finishing 15th in the ECAC Cross Country Meet and ran 11:07.8 in the steeplechase.