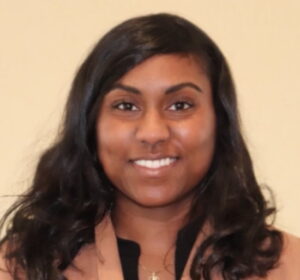 Nikko Brady was a three times statewide MVP, state champion in the high hurdles three times and in the long jump four times at Charter School of Wilmington, she was all-conference four years at Boston University.

While attending Charter School of Wilmington she was the State outdoors MVP in 2007 and indoors as a sophomore and junior in 2007 and 2008. She won three events, placing in a fourth, to lead Charter to its first state championship in 2009. She was a three times State Meet of Champions winner at the 100-meter hur-dles, where she ran the seventh fastest time in state history (14.37) after sophomore year at Nike Outdoor Nationals. She was also a four-time long jump winner at Meet of Champions, with second longest (18-10) all-time. Also Meet of Champions winner in the triple jump in 2009, when she won three events.

While attending Boston University she was a four-time conference champion who qualified for NCAA regionals three times. Was elected America East Rookie of the Year in 2010, winning league title at 55 hurdles (8.04) and long jump (19-0), with top-five finishes in 60-meter hurdles and long jump at the ECAC Champion-ships.